Starz and Anchor Bay Entertainment have officially announced the home entertainment releases for the first season of the Starz Original Series ‘Power’ produced by Curtis ’50 Cent’ Jackson. Hit the jump to check out the full announcement including special features listings, artwork and more. 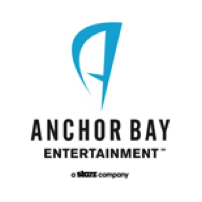 Pre-Order your copy of the Blu-Ray on Amazon at a discounted price (while also supporting our site) by clicking here!

Beverly Hills, CA – Anchor Bay Entertainment proudly releases the STARZ Original Series “Power: The Complete First Season” on Blu-ray™ and DVD on May 12th.  From Executive Producer Curtis “50 Cent” Jackson and show creator Courtney Kemp Agboh (“The Good Wife”) comes “Power,” a visionary crime drama meets modern-day romantic tragedy set in two warring worlds: the glamorous New York club scene and the brutal streets of the drug trade – both worlds seductive, cutthroat and never to be taken lightly. The series has developed a strong following of fans and critics who are addicted to this modern morality play that pulls no punches. Bonus features include behind-the-scenes footage and featurettes of interviews with cast and creators. SRP is $59.99 for the Blu-ray™ and $49.98 for the DVD.  Pre-book is April 8th. “Power: The Complete First Season” is currently available on all digital platforms.

“Power: The Complete First Season” is the story of James “Ghost” St. Patrick, a wealthy New York City nightclub owner who caters to the city’s elite.  He wants to build an empire and turn the club into a Fortune 500 business, but there’s just one problem: Ghost is living a double life.  When he is not in the club, he is the kingpin of the most lucrative drug network in New York for some very high-level clientele. His marriage, family and business all become unknowingly threatened as he is tempted to leave his criminal life behind and become the rags-to-riches businessman he wants to be.

“Power: The Complete First Season” is gritty and uncompromising entertainment that the New York Daily News says, “conjures the best recent dramas that have explored [the] dark-and-light theme, like ‘The Sopranos’ and ‘Sons of Anarchy.’” Each episode unfolds with new twist and turns, schemes and scams, each revealing a bit of the seedy underbelly of modern urban life. Hard choices are made every day on these mean streets – choose wisely.

Pre-Order your copy of the Blu-Ray on Amazon at a discounted price (while also supporting our site) by clicking here!

This site uses Akismet to reduce spam. Learn how your comment data is processed.

Get all of the latest news & reviews from Screen-Connections sent directly to your inbox!